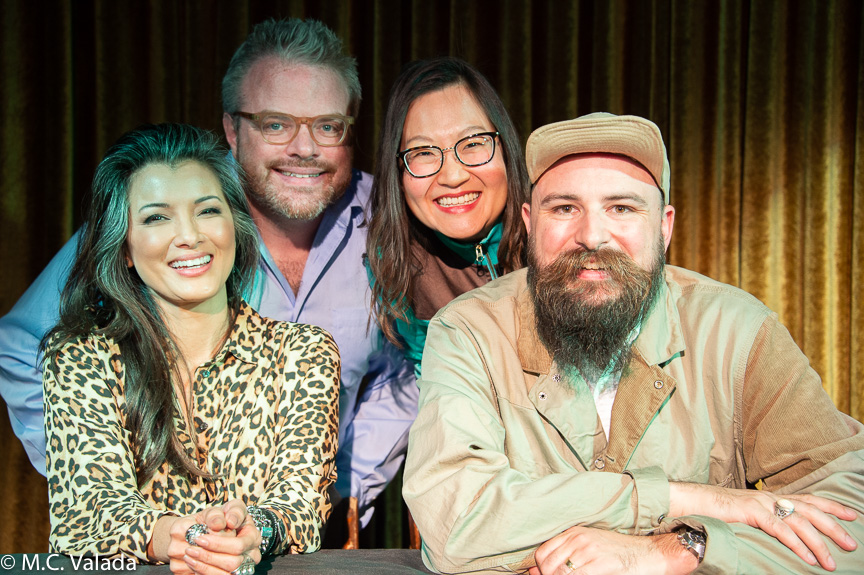 It’s the 50th episode of Go Fact Yourself! And we’ve got a t-shirt!

To help us celebrate, we’ve brought on Maximum Fun founder, Jesse Thorn. These days, MaxFun is known for dozens of quality podcasts. But in Jesse’s early days, he recorded the talk show that would become “Bullseye” in his apartment. The humble beginnings helped him learn a lot about interviewing great guests… and about the value of a good suit. In addition to “Bullseye,” you can hear Jesse on the podcasts “Jordan Jesse Go!” and “Judge John Hodgman.”

Jesse’s opponent for this momentous episode is actor Kelly Hu. She’s best known for appearances in tons of hit movies, including her role as Lady Deathstrike in X2: X-Men United. But even though audiences love her work, she’ll explain why she can’t stand to watch herself in any film or show she’s ever been a part of. Plus: a look into her desire to be a pageant winner without having a talent to showcase.

Our guests will answer questions about baseball, cadavers and what can be mixed into chocolate.

What’s the difference between a coroner and a medical examiner?

What’s the difference between a knife and dagger?

If you’d like to submit a question for our What’s the Difference round, go to gofactyourpod.com and click on “Get Involved.”

Patricia Tsai and Emily Walden, owner and manager of the Chocovivo chocolate-making shop in Los Angeles.

Go Fact Yourself was devised by Jim Newman and J. Keith van Straaten, and produced in collaboration with Maximum Fun. The show was recorded at the The Angel City Brewery in Los Angeles.