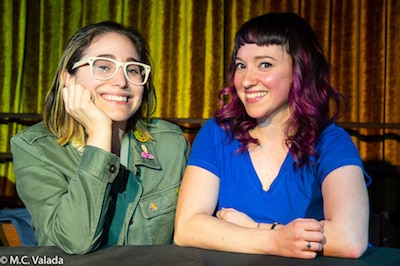 It’s Go Fact Yourself…. IN SPAAAAACE! Or at least with a lot of discussion about space, plus tons of comedy and trivia!

Gaby Dunn is the author of the book Bad With Money and the host of the podcast of the same name. That makes her something of an authority on personal finance. And her findings on commerce are supported by some conspiracy theories that are equally insightful.

Opposite Gaby is comedian Dwayne Perkins! His star has risen in recent years with him getting his own comedy special. That success has earned him a lot of love from his peers… and just a hint of resentment as well. You can find Dwayne on the podcast Movie Night.

Our guests will talk about money, sitcoms and iconic supporting actors.

What’s the difference between purple and violet?

What’s the difference between a tint and a shade?