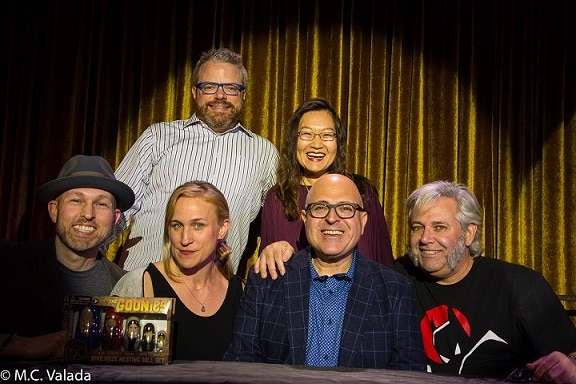 In this episode, comic book author and Moana screenwriter Pamela Ribon faces off against former Daily Show correspondent and host of The Frank DeCaro Show, Frank DeCaro. Ribon’s three areas of expertise are: The Goonies, The Outsiders, and Beastie Boys lyrics. DeCaro professes a deep knowledge of The Munsters, the original Batman TV series, and Broadway musicals. Who’s the better expert? Find out.

Plus, J. Keith and Helen Hong ask the question that’s on EVERYBODY’S mind: What’s the difference between continual and continuous? If you don’t know the answer, drop everything and listen to the show.

Go Fact Yourself was devised by Jim Newman and J. Keith van Straaten, and produced in collaboration with Maximum Fun. The show is recorded at the Angel City Brewery in downtown Los Angeles.