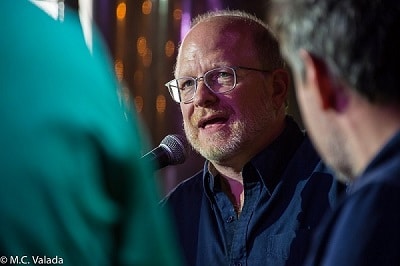 In this episode, we learn about the time Jackie Kashian’s father hit on Maria Bamford…at Jackie’s wedding. To find out how Maria reacted, take a listen. Also, if anyone books a guest-starring role on NBC’s Speechless, John Ross Bowie will not only have your back, but he’ll show you where the craft service table is on set. Plus, if you ever wondered, “What’s it like growing up in the Theater District in New York?”, you’ll soon find out.

Do YOU Know the Difference?

Go Fact Yourself was devised by Jim Newman and J. Keith van Straaten, and produced in collaboration with Maximum Fun. The show is recorded at the Angel City Brewery in downtown Los Angeles.